Julia and James’ wedding at Barton Hall in Northamptonshire was a wonderful day of understated elegance and a celebration of the gorgeous natural surroundings, reflected in all of the smallest details throughout the day. Julia wore a gown by Verona Couture that showed off her stunning figure, with intricate lace detail on both the skirt and the sleeveless bodice. Her blonde hair was curled into a braided up-do with soft tendrils framing her face. Her bridesmaids wore pale lemon maxi-gowns from Debenhams with beaded detail on the bodice, and her two exquisite flower-girls were in white. The very grown-up little ring-bearer looked quite the part and conducted his very important duty during the ceremony with gusto.

The wedding ceremony took place in the intimate conservatory space of Barton Hall– the glass allowed for the green surroundings almost to be seamlessly part of the interior, and the sprigs of green pinned to the chairs added to this sense of the ‘outdoors’ being inside. The bridal party arrived in stately fashion in a Bentley and a Rolls Royce, and many of them, including Julia’s father, had to wipe away a tear or two before they had even begun to walk down the aisle. After they had said their vows and exchanged rings, the couple grinned at each other and Julia declared “pucker up!” to her new husband before they shared their first kiss and the guests applauded and laughed.

Emerging into the sunshine outside, the new husband and wife were handed a glass of Pimm’s each and were able to mingle with their guests, both beaming with delight throughout the afternoon. Confetti canons were brought out to commence the party atmosphere, and the couple was showered with gold and silver sparkles. The reception continued indoors, with heartfelt speeches from the groom and bride’s father, before the couple cut their cake. Festooned with gorgeous sugar ‘toadstools,’ the cake was an edible fairy woodland, created by La Belle Cake Company and adding a further touch of magic to proceedings. James and Julia shared their first dance as husband and wife before Julia’s father gently cut in, shaking his new son-in-law’s hand before requesting a dance with his beloved daughter. 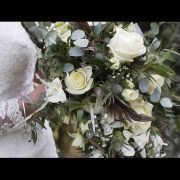 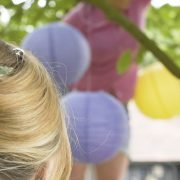 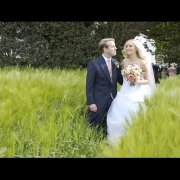 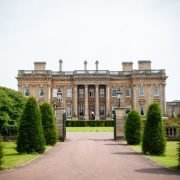 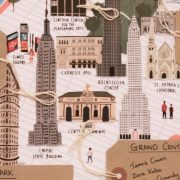 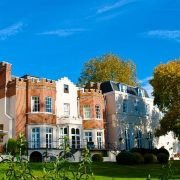